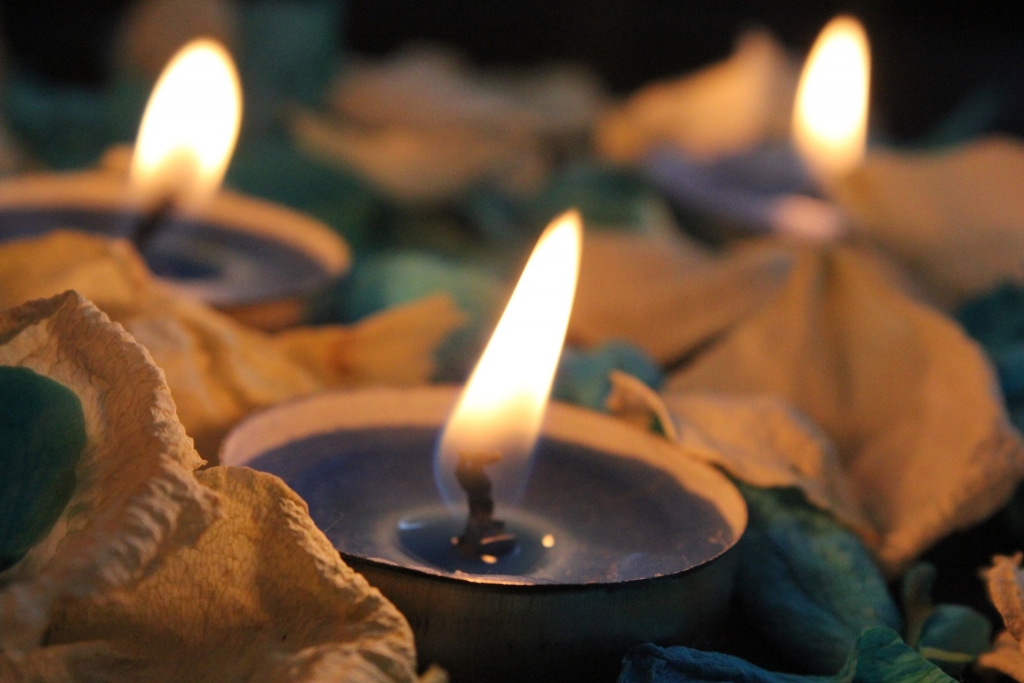 Shalom-shalom, peace in the name of Yeshua. This is Crystal Sharpe and welcome to the Ancient Scrolls program.  Today is the first day of the week, Sunday July the 8th.

We are going to continue on the discussion of Samson today, so let’s go ahead and pray:

You are the only King of the universe. You are King over heaven and earth. The earth is the LORD”S and the fullness thereof, the world and those that dwell therein.

My Father, indeed, help us to love You more than ourselves. Circumcise our hearts, help us to rend our hearts and not our garments; our sins are before You night and day. The hearts of the people of this nation have become calcified.  I pray You replace our stony hearts with hearts of flesh that will be flexible in Your hands; restore to us a right relationship with You. Help us, for we have forsaken the ancient paths of righteousness.

We pray that You will deal with this nation concerning its sins of abortion, child molestation, adultery, idolatry, fornication, homosexuality, gender confusion, zoophilia, human trafficking, hatred, greed, drug addictions. You allow this nation to pursue after it most depraved imaginations, and this should cause the nation to be the happiest in the world, but the APA reported a 64% increase of people using anti-depressants. The CDC reported increases in suicide across the nation, and suicide is the tenth leading cause of deaths. Among people ages 15 to 34, suicide is the second leading cause of death. We are not the happiest people in the world.  We are a broken people; we are a broken nation. I am not totally against medicine, but I am just saying the only cure for this nation’s brokenness is Yeshua. He is the cure for our sins, our fears, our wounds, our brokenness, our loneliness, our dysfunction. Yeshua is my deliverer and your deliverer from the enemy who seeks to destroy us.

We continually pray against the principalities, powers, rulers of darkness and spiritual wickedness in high places; we ask that You would push back these entities from our cities, our states and our nation. We ask that You would put eye salve on our eyes that we may see that we are a most wretched people without You being our spiritual and moral compass.

We pray that Your wisdom, knowledge and understanding will permeate President Trump. We pray that You would take every crooked way out of him. We pray that he would love Israel and honor Your desires concerning that nation.  Israel does not belong to the world; it belongs to You, Father. The nations are conspiring to divide Your land; to take it away from You and Your people. It is as if their ideologies , their opinions are above Your Word. People are just flesh and breath, and their opinions, their ideologies will die with them; but You are forever O Lord. Let Your kingdom come, Your will be done on earth as it is in heaven.  We pray for President Trump’s protection, the protection of his wife, his kids and grandchildren.

We give these concerns to You in Yeshua’s name.  We will do a brief recap of last week’s program on Judges 13

The Word tells us that again the children of Israel did evil in the sight of the LORD, and the LORD delivered them into the hands of the Philistines for forty years.  Israel was oppressed by the Philistines and when Yeshua came in the flesh, Israel was dominated by the Romans. Israel will be severely persecuted on the second return of Yeshua by the hybrid Arab and Roman beast found in Revelation.

Jacob’s blessing over Dan in Genesis 49:16-17: Dan shall judge (avenge) his people as one of the tribes of Israel. Dan shall be a serpent by the way, viper by the path, that bites the horse’s heels so that its rider shall fall backward. And the blessing ends with: I have waited for your salvation, O LORD!) . . . The word salvation in Hebrew would read “I have waited for your Yeshua, O LORD!’’

Jacob was speaking prophetically the future coming of Yeshua, when He will avenge His people—Israel. The blessing was saying that power was in the mouth of the adder just like Yeshua on His return will slay his enemies by the sword of his mouth. Dan had the blessing of piercing and Yeshua has the power of piercing His enemies.

Here we have a spectacular event, a miracle of a barren woman who is going to conceive and give birth to a son; and this is similar to Mary in the gospel of Luke. Mary (the mother of Yeshua) was visited by the angel Gabriel to announce her miraculous pregnancy by the Holy Spirit for she was a virgin. Zlelponith was visited by the Angel of the Lord whose name was Wonderful.

In verse 18. And the Angel of the Lord said to him (Manoah): “Why do you ask my name , seeing it is secret!”  The word secret in Hebrew would be the word wonderful. The Angel’s name is Wonderful.

Isaiah 9:6, For unto us a Child is born, Unto us a Son is given; And the government shall be on His shoulder. And His name will be called Wonderful, Counselor, Mighty God, Everlasting Father, Prince of Peace.

Verse 8 Then Manoah prayed to the LORD, and said: “O my Lord, please let the Man of God whom You sent come to us again and teach us what we shall do for the child who will be born.”

I was reading Josephus to see if he could add to the narrative of Samson. And according to the tradition passed down, it is said that Zlelponith was a beautiful woman and Manoah was a jealous husband. He was disturbed and suspicious of the man that visited his wife. So, she entreated the Lord to send the Angel again, and He did. After confirming the message to Manoah concerning their forthcoming son, they made a burnt offering to the Lord, and the Angel of the Lord ascended in the flame of their meal offering.

In time Zlelponith gave birth to Samson, and in Hebrew it would be Shimshon. Josephus said his name means strong, but in Hebrew his name means sunlight. It is related to the Hebrew word Shemesh that means Sun.

“But to you who fear My Name the Sun of Righteousness shall arise with healing in His wings.” Malachi 4:2

Chapter 14, Samson went down to Timnah to a woman of the daughters of the Philistines. He then told his parents to present his proposal of marriage. When they all came walking to the vineyard of Timnah, a young lion came roaring against him. The Spirit of the LORD came mighty upon him, and he tore the lion apart as one would have torn apart a young goat, though he had nothing in his hand.

In the Word it appears that Samson is the first to be recorded on killing a lion with nothing in his hands. The lion is a representation of the enemy Satan and is thereby completely overpowered and annihilated as the Spirit of the LORD comes up on him. It is a Messianic sign of Yeshua overcoming the angel of death.

But David said to Saul, “Your servant used to keep his father’s sheep and when a lion or a bear came and took a lamb out of the flock I went out after it and struck it, and when it arose against me, I caught it by its beard, and struck it and killed it. Your servant has killed both lion and bear; and this uncircumcised Philistine will be like one of them (he is killing the giant Goliath who happens to be a Philistine), seeing he has defied the armies of the living God. The Philistines represent Satan and his minions.

I Peter 5:8 Be sober, be vigilant; because your adversary the devil walks about like a roaring lion, seeking whom he may devour.

So, it is not just coincidence that both Samson (from the tribe that avenges his people) and King David battle lions and Philistines. Their stories are prophetic of King Yeshua. He overcame the darkness and will completely annihilate Satan, the antichrist, the beast, the idolaters, the nations that attack Israel, the demons, fallen angels.

I think I have time to read this story from I Chronicles 11:22-25. It is rather an obscure passage and I do not think I have ever heard anyone expound on it, but it is fitly situated in with the account of King David.

Benaiah was the son of Jehoiada, the son of a valiant man from Kabzeel, who had done many deeds. He had killed two lion-like heroes of Moab. He also had gone down and killed a lion in the midst of a pit on a snowy day (the sages teach that there is a hell of fire, and a hell of snow—both represent extremes, which represent judgment, and judgment can be extreme) And he killed an Egyptian, a man of great height, five cubits tall (which is about 8 ½ feet tall). In the Egyptian’s hand there was a spear like a weaver’s beam; and he went down to him with a staff, wrested the spear out of the Egyptian’s hand, and killed the Egyptian with his own spear. These things Benaiah the son of Jehoiada did, and won a name among three mighty men. Indeed he was more honored than the thirty, but he did not attain to the first three. And David appointed him over his guard. Benaiah also served in other positions as well.

Benaiah’s name means Son of a Valiant man. I believe that to be suitable.

So Benaiah jumped in the pit and battled the beast. He then later battled another beast, an Egyptian giant; took the giant’s weapon and killed him with it. That sounds like something Yeshua did on his descent to the pit. He fought the beast, took his weapon from him and killed him with it. Satan’s weapon of death will be turned on him and he will be thrown in the lake of fire.

Samson, David, and Benaiah are types of Messiah, they all overcome the lion and finally the lion in the pit which is the angel of death.

And when I saw Him, I fell at His feet as dead, But He laid His right hand on me, saying to me, “Do not be afraid; I am the First and the Last.

I am He who lives, and was dead, and behold, I am alive forevermore, Amen. And I have the keys of Hades and of Death.

Alright I am pressed for time, let’s return to Samson. Judges 14:8

Yeshua in this passage had already been crucified, buried and resurrected. His disciples are gathered and are talking about His appearances to the other disciples when suddenly Yeshua appears again in their midst. His disciples experience a mixture of emotions upon seeing Him: fear, unbelief, joy; and He asks them: “Have you any food here?”

So they gave Him a piece of broiled fish and some honeycomb. And He took it and ate it in their presence.

Like Samson, Yeshua ate the honeycomb after he descended into the pit (the grave) and destroyed the evil lion—death.

If it is God’s will I will be here next program. Remember to walk by faith and not by sight. Do two things this week: love and forgive. Ask God to cleanse you from all unrighteousness every day. Keep your spiritual garments clean from spots, wrinkles and blemishes. Love God and love your neighbor.