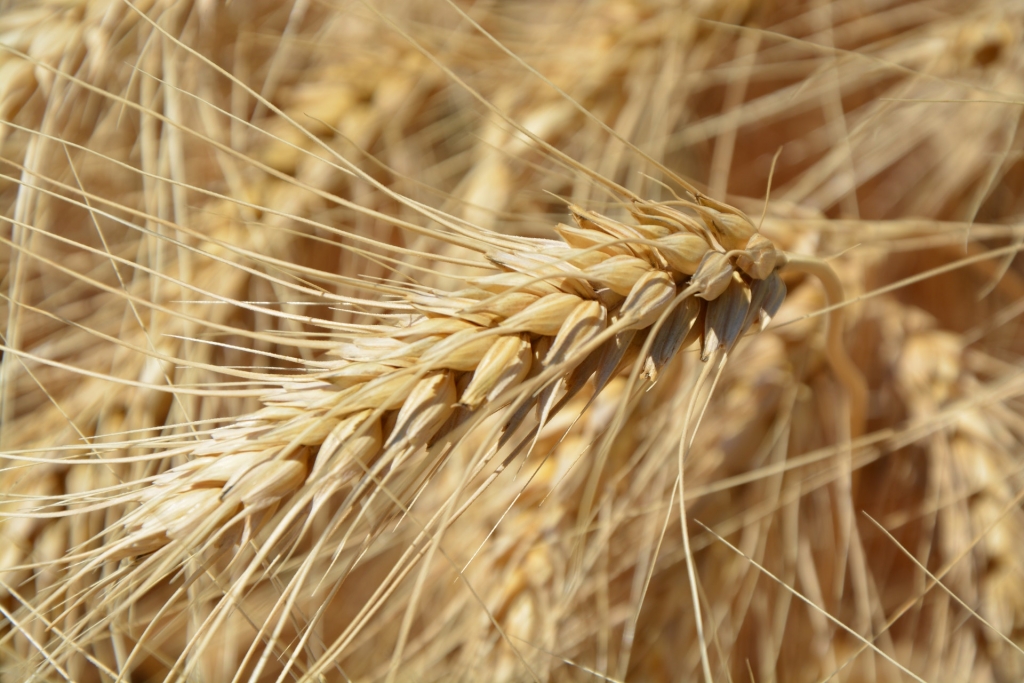 Shalom-shalom, peace in the name of Yeshua. This is Crystal Sharpe and welcome to the Ancient Scrolls program. Today is Sunday, the first day of the week, March 25, 2018

I thank You for being God. That You are King of the universe, over heaven and earth, and over the nations.

You are our healer, deliverer, friend, restorer of our souls who delivers us from our strong enemies. You cause the strategies of the enemy to fail. You bring to nothing their plans of destruction.

Thank You for mercy. I ask that You cleanse us from all unrighteousness so that our prayers will not be hindered.

I ask that You would convict this nation of its sins and iniquities. I confess our sins of abortion before You, of child molestation, child sacrifice, adultery, idolatry, fornication, beastiality or zoophilia same thing, witchcraft, charismatic witchcraft, Satanism, drug addictions, human trafficking, greed, and self-gratification.

Hosea 4:6 My people are destroyed for lack of knowledge because you have rejected knowledge.

I ask You to place Your desires in the hearts of the people in this nation.

I pray for President Trump, I pray for his protection and his wife’s protection, his children and grandchildren. I pray that he would develop a heart to understand Your ways and that he would meet his fullest spiritual potential in you. We pray conviction over him, over the nation, over Israel and the Arab nations. Let the revelation of Your justice and righteousness saturate the nations. Amen.

Ok, so last week I wanted to teach on Passover so that those who listen will be familiar with the Passover story. I introduced Shifrah and Puah as Jochebed and Miriam, the midwives who delivered assisted the Hebrew women in delivering their babies. Pharaoh issued a royal decree for the midwives to throw the male newborns in the river; which these two women ignored. Later in the text we then see that Pharaoh commands the Egyptians to kill the newborn male babies.

Because of Jochebed and Miriam’s refusal to murder the newborn males, the Exodus account says they feared God more than Pharaoh, so God provided households for them.

These households were not lands or houses granted them underneath the nose of Pharaoh; instead, Jochebed’s son, Aaron, was the progenitor of the house of the High Priests and her daughter, Miriam, was the ancestor of King David. From King David came Yeshua. From Jochedbed came kings and priests through her son and daughter. As we know Yeshua is still functioning as a priest and He is a king who sits at the right hand of His Father.

Alright, let’s go ahead and talk a little about Pesach, or Passover and I will impart some knowledge concerning Pesach or Passover from the word.

Last program I mentioned a couple of other names that are used for Passover–the Season of Our Freedom and the Festival of Redemption; but before these names, before Passover was called Passover in Exodus account — Genesis 18:10 has that  designated time of year called the “Time of Life.”

In Genesis 17 Abraham is told to circumcise himself, his son, Ishmael, and the all the males of his servants. He is told Sarah will give him a son, and that she will give birth that set time (and this set time means moed, or appointed time, and this sets the precedence of future markers or signs for the people of that nation, and I am talking about it revealing something about Messiah) in the next year.

Genesis 18 has Abraham sitting at his tent door catching the warmth of the sun on his flesh and in the short distance he sees 3 strangers approaching. These strangers are emissaries of God, and they have come to visit Abraham.

Abraham is a hospitable man. He has water brought to them to wash their feet, and he has a meal cooked for them, and causes them to rest beneath the terebinth trees. Eventually they inquire about Sarah. Directly one of the men says to Abraham in verse 10: I will certainly return unto thee according to the time of life; and lo, Sarah thy wife shall have a son.

Now we see this worded nearly the same in verse 14 as the “time of life”  and I am going to read it from the King James Version 1611 translation: “Is anything too hard for the Lord? At the time appointed will I returne vnto thee, according to the Time of Life, and Sarah shall have a sonne. King James Version (1611).

The way the 1611 translation reads is interesting: “at the time appointed will I return unto thee, according to the Time of Life.”

Appointed times in Hebrew is called Moedim. This is found in the creation account in Genesis 1:14: “And God said, Let there be lights in the firmament of the heaven to divide the day from the night; and let them be for signs, and for seasons, and for days and years.

Seasons mean in Hebrew Moed, that is, appointed times.  Signs and seasons are the appointed times set by God to meet with Him. These seasons are the feasts of the Lord that I talked about last program in Leviticus 23. Exodus chapters 23 and 34 set the requirements for all Hebrew males to meet with the God on three feasts: Unleavened Bread, the Feast of Harvest (the wheat harvest which is Pentecost) and the third feast is the Feast of Ingathering which we call it Tabernacles. The Feast of the Ingathering is called the End of days.

So, for Sarah and Abraham the next year was appointed for her to have Isaac, the next year at the “time of life.” Sarah had gotten pregnant three months later, about June and delivered Isaac at the “Time of life’ which is the spring feast of Passover.

Jacob was born at the time of Passover and they all— these patriarchs —pointed to Yeshua in some way, just like the appointed feasts of the Lord—everything points back in a circle to Yeshua. It is my guess that Yeshua was born in the spring at Passover.

Alright, I am going to go ahead and give some details leading up to the Exodus of the Hebrews from the slavery of the Egyptians.

The number of years under the bondage of the Egyptians differ from 400 to 430 years. Luke reports in Acts 7, 400 years and Paul states 430 years in Galatians. Both of these authors actually are scribing the historical account of their slavery given to them from the oral traditions and their written history. I am going to explain the best I know how and there will be some knowledge about it.

The time that the people of Israel lived in Egypt was 430 years. At the end of 430 years, on that very day, all the hosts of the Lord went out from the land of Egypt.

But then Abraham was told earlier in Genesis 15:13

Then the Lord said to Abram: Know for certain that your offspring will be sojourners in a land that is not theirs and will be servants there, and they will be afflicted for 400 years.

And God spoke to this effect that his offspring would be sojourners in a land belonging to others, who would enslave them and afflict them 400 years.

In Galatians 3:16-17, I am just going to read a portion of Galatians

This is what I mean: the law which came 430 years afterward (this is the total number of years from the very beginning of their affliction which did not necessarily begin in Egypt and I will make my point), does not annul a covenant previously ratified by God, so as to make the promise void (this promise to Abraham).

So, we have in some places of 400 or 430 years—to some that would raise eyebrows that the Word of God is in error, and if this is wrong calculations everything else is wrong also.

The way to read the Bible is through the ancient Middle Eastern understanding. It is an ancient book that was developed about 1500 years before Yeshua, and it has been 2000 years since Yeshua. All those who scribed the Torah, the prophets and the writings were Hebrew, or Jew.

So, how does the ancient perspective help in understanding the 400 or 430 years? Well, the way the Hebrews view their history and the way we gentiles reckon their history, we would come out with differences of opinion.

To the Jews, their affliction began with Ishmael, the son of Hagar and Abraham. Hagar was an Egyptian princess of the house of Pharaoh. She became Sarah’s handmaid by her father for the inconvenience of Abraham’s wife, Sarah, having been taken from him and placed in the harem of Pharaoh. Some of this information comes from Genesis 12.

Ishmael was not the son of promise, but the son of an Egyptian woman. Hagar was a servant who was submissive until she became pregnant by Abraham. Then she became more elevated in her own eyes and demeaned Sarah on every occasion, because–after all she conceived—not Sarah. I am sure Sarah grew weary of hearing about it continually; so eventually Sarah dealt harshly with Hagar. You can read this in Genesis 16.  Then Hagar runs away from home, God corrects her and she returns to the tents of Abraham and Sarah.

I am thinking Hagar had perhaps some residual animosity toward Sarah and that she passed it on to Ishmael because at the festive celebration of Isaac’s having become weaned from the breast, Sarah sees Ishmael making sport of Isaac.

Scoffing in this passage could also mean persecuting, and the sages interpreted this passage to mean that Ishmael was persecuting Isaac. At this time some suppose Isaac to be around 5 years old.

So, back to the question on the length of time the Hebrews were in slavery, was it 400 or 430 years.

The time that the people of Israel lived in Egypt was 430 years. At the end of 430 years, on that very day, all the hosts of the Lord went out from the land of Egypt.

So, Moses counted the time of Israel’s affliction from Abraham when he and Sarah ventured into Egypt because of a famine in Genesis 12:10-20.

And there was a famine in the land: and Abram went down into Egypt, to sojourn there; for the famine was grievous in the land.

It is in this passage that the princes of Pharaoh saw Sarah and she was taken to Pharaoh’s house. She was then returned to Abram after the house of Pharaoh became afflicted with plagues.

So Moses reckons from the time of Sarah being taken to Pharaoh to the time of the giving of the Torah at Mt. Sinai to be 430 years.

But then Abraham was told earlier in Genesis 15:13

Then the Lord said to Abram: Know for certain that your offspring will be sojourners in a land that is not theirs and will be servants there, and they will be afflicted for 400 years.

The understanding on this is that approximately 17 years of the 430 years had already expired from Genesis 12 to Genesis 15.

The 400 years that is sometimes mentioned is accounted for from the time of Ismael persecuting Isaac.

So, some reckon the actual time of their harshest treatment to be about 210.

So, this is the end of the program. If it is God’s will I will be back here next week with a teaching on Pesach, or Passover in Exodus, and maybe unearth  a little more history that was not known before.

So, have a blessed week, ask God to cleanse you from all unrighteousness every day, keep your spiritual garments clean from blemishes, spots and wrinkles, walk by faith and not by sight. Love God and love your neighbor.