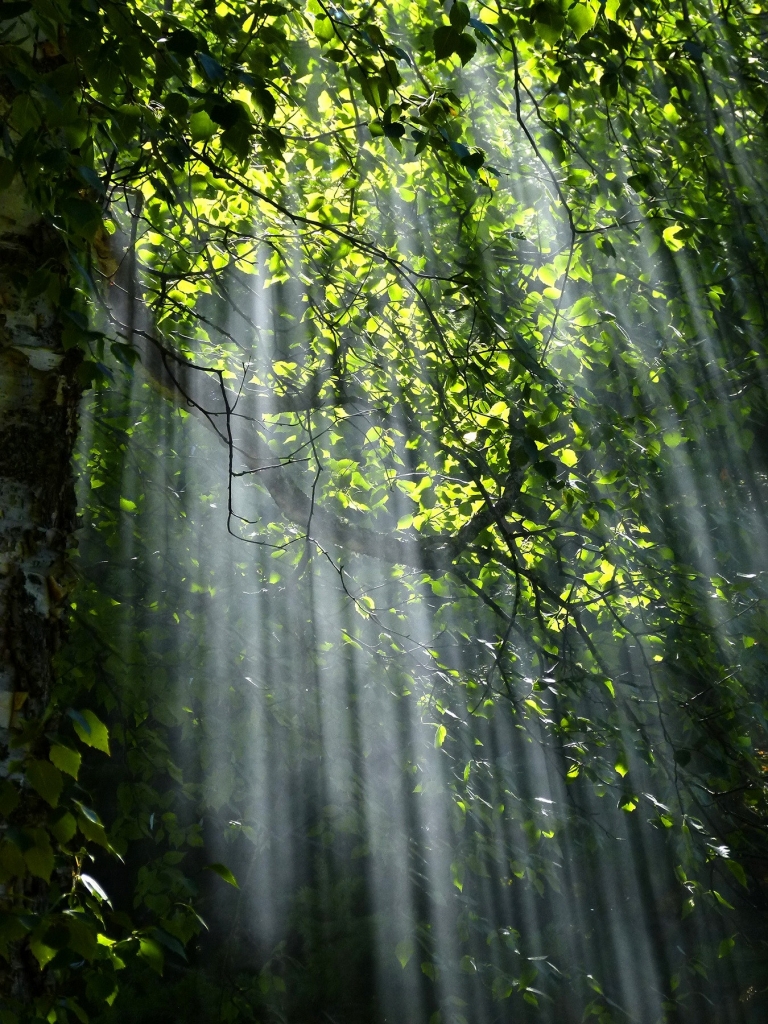 Shalom, shalom; peace, peace in the name of Yeshua. This is Crystal Sharpe and welcome to the Ancient Scrolls program. (March 1, 2020)

The good news is Yeshua is returning. He said it and I believe it. The world grows more dark and corrupt and by these things it speaks to me that Yeshua’s return is imminent.

I would like to say just a couple of things in the news concerning the coronavirus.

The coronavirus has turned into a real beast since December (2019). I was reading a news source, BIN, they reported not only was China coping with the Coronavirus outbreak, but a plague of locusts is threateningly close to their border. They contained an outbreak of Bubonic plague last fall. Pork has become quite expensive in China since it has lost 1/3 of its pigs to African Swine Flu.

The article wrote something else interesting. It said: There are rumors that the elite in China are taking this wave of plagues very seriously; and many of China’s elite and academics are turning to a Buddhist text that purportedly describes the year and the current wave of plagues. The text was reportedly written by a Buddhist monk in the Forbidden City named Gentleman Zigong probably in the early part of the 20th century as a part of a large cycle of Chinese literature known as the “Ancient Internal Bible.” Originally written in a very old dialect, it was translated into Mandarin and then into English.

The year 2020—the year all of China will weep. The omens will be so bad that the New Year will not be celebrated. Then the plague will come. It will come with a fury—the tigers and the wolves will hide in the mountains. The plague will encompass all the land—and will eventually spread to the whole world. Very soon—rice will become so expensive that no one can eat. Then rivers will sink all the boats. People in that year will only be able to harvest rice in the very early spring. There will be no harvest of late season rice, beans, wheat, and oats because vast clouds of locusts will lay waste to the entire countryside. I, Gentleman Zigong, assure you Chinese 2020 that the locusts will fall from the skies and the destruction will be complete. Smoke and fire will fill the fields—but nothing will be able to stop the swarms. Once the locusts have destroyed the land and the smoke is still coming from the ground, the rivers will flood the countryside. I, Gentleman Zigong, will tell you Chinese 2020 how to survive. Remain very close to your families and your neighbors. The best is to have stored up plenty of gold and food to live and share freely with those you love. Tolerate no thieves among the people. Be uniters and not dividers. If you can all these things, you will survive.

China is famous for human rights violations. They hate God and hate Christians. They put bounties on them, imprison them, they are raped, tortured, starved, their organs harvested. In spite of these atrocities there is estimated 200 million of the 1 billion that serves the LORD. The seals of Revelation are broken.

The evening news reported extreme locust plagues in Saudi Arabia and Africa. Saudi Arabia is the worst in 25 years. The locust plague in Africa is said to be the worst in decades. Experts say it is because of climate change and the blame shifts directly to mankind. They are right, our sins cause the climate to change. Adam and Eve’s disobedience forced them from their place of tranquility into a new world of chaos. Adam would now sweat and see his efforts produce thorns and thistles. When man is out of order, the world is out of order. Now is the time to repent of the murder of babies, adultery, fornication, human trafficking, idolatry, and other sexual abominations.  Blood corrupts the ground and sexual sins defile the land. Our land needs healing from our sins and transgressions because it is turning on the world.

For nation will rise against nation, and kingdom against kingdom. And there will be famines, pestilences, and earthquakes in various places.

Today we are going to continue discussing Paul’s letter to the Corinthians; and point out some things from a historical perspective so that it will help give us some understanding on Paul’s writings. These letters continue to be valid today knowing that the conditions of yesterday’s Corinth also permeate our society as well.

The earth is the LORD’s and the fullness thereof; the world and those who dwell therein.

You are the King of the universe, King of heaven and earth. We thank You for being God. We ask that You cleanse us of all unrighteousness so that our prayers will be effective against the works of darkness. Help us to be conformed to Your likeness and image. We thank You for Your Word. We bless Your Word. Help us to hunger and thirst after righteousness and justice in Yeshua’s name. Amen.

Men were not to wear head coverings in the Messianic Synagogue. In Corinth, elite men who worshipped idols covered their heads in idolatrous shrines and temples. Paul made the point that men should not dishonor Yeshua by praying according to pagan custom.

In that culture that supported sexual deviance, being effeminate, or showing characteristics regarded as typical of a woman was acceptable. Paul seeks to restore men to the image of God, not the image of a sexually dysfunctional culture.

I Corinthians 11: 14, Doth not even nature itself teach you, that, if a man have long hair, it is a shame to him? Nature may mean your natural sense of what is appropriate for men and women. It is a shame, it is a disgrace, for a man to look like a woman. The disgrace is not that a man should have long hair. We know Samson was a Nazarite and his hair was long. Certain cultures, like our native American Indians, men have long hair, but they carry themselves as men.

Here is some information the first chapter of First Corinthians gives us.

He had planted a congregation in the city of Corinth on his second journey (51 – 52 AD). This was a period when Claudius expelled the Jews from Rome (Acts 18:2), and many made their way to Corinth. Among the refugees were Priscilla and Aquilla, who came to be ministry associates of Paul, and they worked together making tents.

Every Sabbath Paul reasoned in the synagogue and persuaded both Jew and Greek, but then the opposition becomes pretty fierce and Paul leaves the synagogue and goes next door to it. It is a house that belongs to Justus.  The core of believers from the synagogue eventually began to meet in the house of Justus.  Then comes a dramatic reversal, the ruler of the synagogue, Crispus, embraces Messiah. He and his house hold become believers, and are baptized.

After eighteen months of teaching, certain opposing Jews from the synagogue rose up against Paul and brought him before Gallio, the proconsul of Achaia. Gallio dismissed them and the Jews turn on Sosthenes, the synagogue ruler who may have replaced the former synagogue ruler Crispus.

This is interesting because in the opening letter to the Corinthians, Paul and Sosthenes are identified as the authors of the contents in the letter written to the Church of God which is the Messianic Community in Corinth. No one knows for certain if this is the same Sosthenes that was attacked by the Jewish mob in the Messianic assembly.

So it is estimated that Paul had planted the Corinthian Messianic assembly in around 51AD and wrote this First Corinthian letter about four years later, around 55 AD.

The letter is in response to the assembly struggling with division, idolatry, immorality, and theological confusion. One source of division was the attendance of the arrogant, the more powerful members and we will cover some of the passages related to it.

Paul, in the first chapter, exhorts them to unify for the advancement of the gospel.

Verse 10, Now I exhort you brethren, by the name of the Lord Jesus Christ, that you all agree and that there be no divisions among you, but that you be made complete (perfectly united)in the same mind (thought)and in the same judgment.

Verse 11, For I have been informed concerning you, my brethren, by Chloe’s people (who is Chloe’s people? These are members of her household, her servants), that there are quarrels among you.

12, Now I mean this, that each one of you is saying, “I am of Paul,” and “I of Apollos,” and “I of Cephas,” and “I of Christ.” Has Christ been divided? Paul was crucified for you, was he? Or were you baptized in the name of Paul? Verse 14, I thank God that I baptized none of you except Crispus and Gaius, Verse15,so that no one would say you were baptized in my name. 17. For Christ did not send me to baptize, but to preach the gospel, not in cleverness of speech, so that the cross of Christ would not be made void.

Let’s us do some background, history, on this.

Historians say the pupils of teachers or masters in the intellectual world of the first century, great emphasis was placed on loyalty to the instructor over them. Paul is urging the Corinthian assembly to look away from their spiritual teachers and to look to Jesus Christ.

Let’s go back and look at this verse 14 again: I am of Apollos, I am of Cephas, I am of Paul, some were better by saying I am of Christ, but they all should have been of Christ.

I am of Apollos, I follow Cephas, I am of Paul; these were slogans showing their allegiance to individuals. These same phrases are found on objects dedicated in the shrines and temples in Corinth (to the various supposed gods). A bronze dedication found in the excavations carries the statement: “I belong to Aphrodite.” From the religious language in the temples, it is thought these slogans entered into the assembly at Corinth.

This often abused verse is a club against those who are moralists, who support the moral and ethical laws of the Torah. There are some who use this verse to support their views of one can do anything and still go to heaven because Paul said so.

Honestly, I can’t figure out how anyone can support this view when he addresses this Messianic assembly on immoral issues in chapters 5 and 6. He speaks against them, the assembly being swindlers, and thieves, them being homosexual and this includes some of them being pederasts (people having sex with adolescents, tweens; there are Greek depictions of men having sex with little boys while still clutching a toy), he is addressing them being idolaters, greedy people, he is speaking against people in the assembly who are revilers (people who make it their purpose, it’s their job to consistently criticize others) and drunkards. He tells this particular assembly to have no association with members that practice such things.

He is quoting them, those things they are saying amongst themselves, their logic. Certain people are saying they can indulge their deviancy as long as it did not control them. The courts of that time and the philosophers were concentrating on rights, and if what some assume to be rights may not be beneficial because one will eventually become a slave to their immoral indulgences.

Anyway, we will pick this up continue speaking on it next program . . .

I am at the end of the program

If it is God’s will, I will be here next program. Remember to walk by faith, not by sight. Ask God to cleanse you of all unrighteousness every day. Keep your spiritual garments clean from spot, wrinkle and blemish. Do two things this week: love and forgive. Love God and love your neighbor.