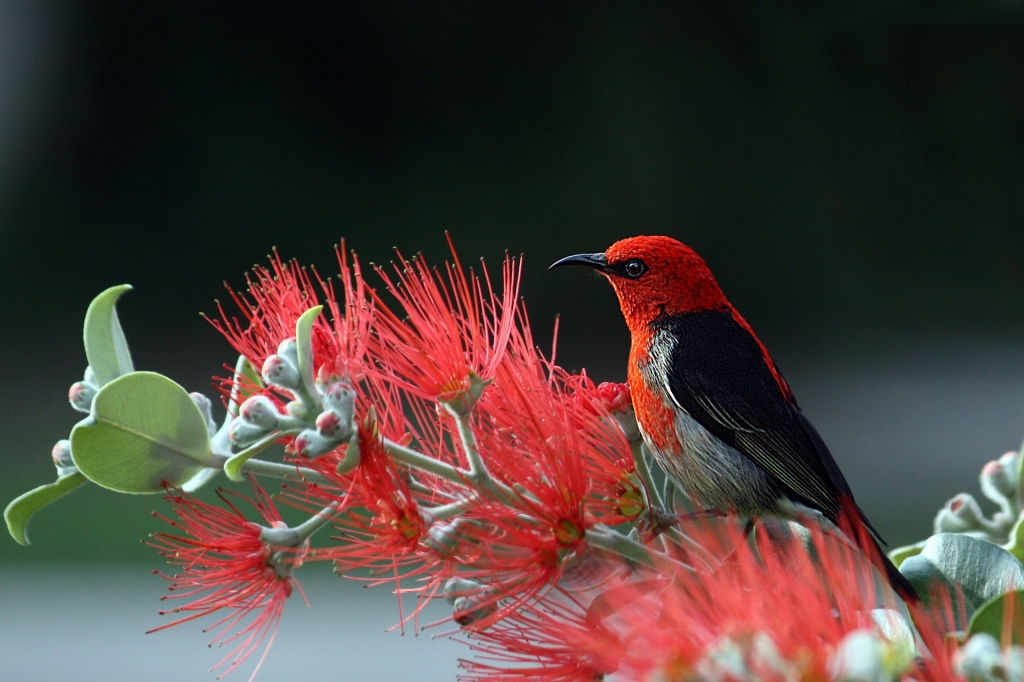 Good morning, today is the first day of the week, Sunday December 17, this is Crystal Sharpe and welcome to the Ancient Scrolls program. According to Paul’s teaching in Romans 11, we are the grafted-in children of Abraham, receiving our nourishment from the root of the Olive Tree which is Israel. We are indeed blessed children if we have received His Son, Yeshua; it is through the birth, the life, the death, the resurrection and the ascension of Yeshua that we are now a grafted-in tribe to the covenant of God. How fortunate we are to know that He first proclaimed “good will toward men” from Luke 2:14. I will tell you that no one will give you “good will” like God, and if you do not know Him . . .  today is your lucky day, because I encourage you to turn to God, ask Him to forgive you of your sins, ask Him to cleanse you from all unrighteous. He loves us more than we love ourselves. He is faithful to receive us, faithful to keep and guard us if we allow it; nothing can separate us from the love of God:

For I am persuaded that neither death, nor life, nor angels, nor principalities, nor powers, nor things present, nor things to come; nor height, nor depth, nor any other created thing shall be able to separate us from the love of God which is in Christ Jesus our Lord.

So, you see – nothing can separate us from the love of God—except us.

If we do not have a relationship with God, that is our fault, because He made every provision for us to have eternal life! And by the way, eternal life is not heaven—eternal life is God, and His Son.

And this is eternal life, that they may know You, the only true God, and Jesus Christ whom You sent

Seek eternal life which is God and His righteousness.  Do not seek after those things of this world can come to destruction—even your own life. Those houses, businesses have burned to the ground in California along with TVs, computers, Xboxes, toys, ipads, barns, pictures, food, it is all burned up.

In January 2016, I dreamed I was looking out the window of someone else’s house, and I had told them earlier to seek shelter because of severe storms bringing devastation—naturally, they would not listen; then I saw this massive tornado. It stalled outside and was spinning wildly, but it was churning out these material goods that were torn and ripped from having been carried so violently in the funnel. I saw it belching out long pillow cushions that were red and embellished with gold threads—I thought it was gaudy looking—then I saw Xboxes, smart phones, ipads, computers, speakers, DVDs, CDs, mattresses, couches, etc. I saw a heap of junk it was puking out. I could hear the sounds of the junk hitting against each other. The poor tornado was absolutely disgusted with our material goods. Then I sort of just felt sorry for the tornado. Why would I have some sort of sympathy for the tornado? Because I knew that it represented God in His disgust of our loving inanimate objects that cannot feed us, cloth us, or give us salvation. I knew He was saying He was going to take away our toys and luxuries because this nation does not love Him, the nation loves its man-made idols.

Anyways, now I see this dream is coming to pass, California is on fire and people are still trying to recover from the hurricanes in Texas. People are truly smarting from these devastations. I saw on the news that the insurances will not be able to help those residents affected by these devastations. People on the east coast were affected by Superstorm Sandy in 2012 and the insurances have never settled with them either. There is no security in this world.    What you may have today may be gone tomorrow. Do not love things, your vacations, accomplishments, your wealth, your sins more than you love God.

Okay, so for several weeks the Lord has been telling me to teach on repentance. On today’s program we are going talk about the fruits of repentance.

So, get your pens and notebooks and we will look at some passages about the fruit of repentance after we pray

You are the King, You are a holy judge, You are good and Your mercy endures mercy forever.

I ask You to cleanse us all from all unrighteousness, that our spiritual garments may be without spot, wrinkle or blemish. Give us new hearts, and new spirits within us.

I see, Father, that You are humbling the mighty ones in our government offices, and in Hollywood. You are exposing the sins of the people of this nation and broadcasting it through the media. I pray they will repent.

I pray California will repent of its abominations so that it will be healed.

I pray France will repent to You of cursing Israel in December 2016 and January 2017. I pray the planned terrorist attacks will be exposed or at least diminished. If not, I pray You remove  Your righteous people from those locations of destruction.

Help us to manifest the fruits of repentance. Help us to love each other so that the world will know we are Your disciples.

We ask for conviction of Your Spirit over America, over France, Israel, and the Muslims. Break up the stones of idols in our hearts, and surgically remove the callouses from our hearts, that Your seed which is the word will penetrate us and change us.

We pray for our president that he will experience truth in the inward parts, that You give him Your divine wisdom, knowledge and understanding—that the gift of discernment will be active in his life to see those in governments who are wolves and anti-Christs. We ask You to send angels on assignment to protect him, his wife, children and grandchildren from those anti-Christs in the world.

We bless Your name today above all our idols that we have purchased with our hands.

Okay, repentance so what does it mean to bring forth fruits of repentance?

Now in the 15th year of the reign of Tiberius Caesar, Pontius Pilate being governor of Judea, Herod being tetrarch of Galilee, his brother Philip tetrarch of Iturea and the region of Trachonitis, Lysanias tetrarch of Abilene

Ok, this next passage we are going to dissect it as we go, because Rabbi John understands it is Messianic in nature. He is using this ancient passage to express something that he understands that is occurring during his time.

This is what he quotes

So, what is here is John baptizing at the Jordan, and some portion of the population are Jews who are confident they have salvation already simply because they are the children of Abraham, or the chosen people.

John was not politically correct, and he would not be able to get by with that today.

The text proceeds in john’s discourse: And even now the ax is laid to the root to the trees. Therefore every tree which does not bear good fruit is cut down and thrown into the fire.

This becomes more exciting to me, because those people there to hear him understand his metaphors!

They ask: “What shall we do then?”

Then the tax collectors also came to John to be baptized, and said to him, “Rabbi, what shall we do?”

John replies: “Collect no more than what is appointed for you.”

Tax collectors sometimes collected more than required and kept this profit which was illegal, but most difficult to prevent. That is why the common folk exhibited such animosity toward tax collectors

Likewise the soldiers asked him: “And what shall we do?”  John responded: “Do not intimidate anyone or accuse falsely, and be content with your wages. In Tacitus and in the works of Apuleius, the Roman soldiers were noted to complain about their wages and to extort money from the locals they intimidated or falsely accused.

John doesn’t tell the tax collectors or the soldiers to quit their careers; instead what he does is inform them to apply ethical behavior in their places of employment.

Tax collectors and soldiers were the most loathsome evils of society, and to have these people show up to a preach and be baptized too . . . that was  awesome conviction and truly making the crooked paths straight. Praise God

Ok, so fruits of repentance are those outward visible changes that are a reflection of the inward changes when one comes under the conviction of God. The

Another example is Zacchaeus in Luke 19. Zacchaeus is chief tax collector, and he was rich. It is alright to think he was a thief who took more money from the people than what was required by law. Anyway, what we read is that Zacchaeus is excited about Jesus passing by. He is of short stature and climbs a sycamore tree to get a better “look see.” Wouldn’t God plan it this way, praise God, a sinner in the tree.

So Yeshua invites Himself to Zacchaeus’ house. Zacchaeus is overwhelmed with this emotional joy to have Yeshua stay at his home.

Oh, but this causes conflict in those people around Yeshua and so they grumble: “He has gone to be a guest with a man who is a sinner.”

Then Zaccaeus stood and said to the Lord, “Look, I give half of my goods to the poor; and if I have taken anything from anyone by false accusation, I restore four-fold.”

And Yeshua said to him, “Today salvation has come to this house, because he also is a son of Abraham: for the Son of Man has come to seek and to save that which was lost.

Zacchaeus was a Jew, the son of Abraham, and he understands that the Torah teaches restitution of those things stolen. If a person confessed to fraud and made voluntary restitution, the Torah required him to return the amount stolen plus 20 percent more. An apprehended thief had to pay the victim double. You all can read Exodus 21, and Exodus 22:3-6

What we see here though is that Zacchaeus is willing to do more than the minimum requirements of Torah. He is willing to give half of his goods to the poor rather than the required 10 percent and four-fold instead of the 20 percent

Zacchaeus brings me joy because he is doing the acts of true repentance; which to not just say “I am sorry,” but to perform restitution to those he had stolen from. His fruit exhibited an inward change.

Pain handled in God’s way produces a turning from sin to God which leads to salvation, and there is nothing to regret in that! But pain handled in the world’s way produces only death (no virtue). For just look at what handling the pain God’s way produced in you! What earnest diligence, what eagerness to clear yourselves, what indignation, what fear, what longing, what zeal, what readiness to put things right! In everything you proved yourselves blameless in the matter. So even though I wrote to you, it was not for the sake of either the one who did the wrong or the one wronged, but so that before God you could see for yourselves how deep is your devotion to us.

Have a good week, Keep your spiritual garments clean by asking God to cleanse you of all unrighteousness every day, remain in His service, Love God and love your neighbor.