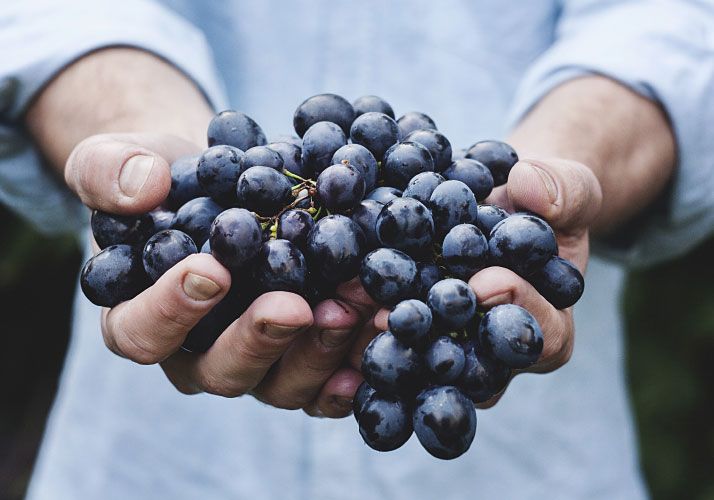 Today we are going to continue traveling through I Corinthians chapters 8 and 10. These two chapters concern eating foods dedicated to idols. To help understand where Paul is coming from, I am going to use some passages from Acts 15, verses that were written to two churches in Revelation, Deuteronomy and Numbers, and these combined should give a whole picture of what Paul is speaking to the misguided ones in the Messianic synagogue at Corinth.

Shema (hear) O Israel, the Lord God, the Lord is One.

You are the King of the universe, King over heaven and earth. We ask to be cleansed from our unrighteousness, so that our prayers will be effective against the kingdom of darkness. We desire to see Your righteousness and justice to permeate the earth. We pray that a spirit of repentance will saturate Your creation to prepare us for the return of Messiah. Your return is imminent. We pray against the COVID 19. Whether it is man-made or from eating unclean foods, we pray against it, and ask You to deliverance. We are asking You to protect the doctors and nurses that are fighting valiantly against this disease. We pray Your mercy over this nation and the nations that are fighting this. The Word tell us there is life in the blood, blood never dies, so we plead the living blood of Yeshua over Your people, and over Your creation, we pray life and not death. In the name of Yeshua.

So, today I am going to go over some of I Corinthians 8, pull out some passages from chapter 10 and see how far we can go on it today. After consulting several sources and scholarly articles concerning I Corinthians 8, I have decided to read from the Complete Jewish New Testament Study Bible version, because it provides more clarity to the text. The English Standard Version is helpful aslo.

The early manuscripts make it sort of difficult to understand these passages because the scribes in antiquity did not use numbered chapters or verses, or any sort of quotation marks, commas, periods to help a reader discern the nuances written by Paul. Several passages in I Corinthians have Paul repeating the mottos or slogans of the Corinthians from their earlier letter to him inquiring on certain matters. So Paul responds sometimes with their slogan or motto being mentioned, but reading it in the KJV, or the NKJV does not make that distinction. This chapter, 8, is concerning those who eat meat at the idol temples. Chapter 10 covers purchasing meat in the market and eating at a private setting in an individual’s home. I am going to read chapter 8 in I Corinthians so that you will be familiar with it and then make some comments later on.

Paul writes: Now about food sacrificed to idols: we know that, as you (Corinthians) say; “We all have knowledge.” Paul replies: Yes, that is so, but “knowledge” puffs a person up with pride; whereas love builds up. The person who thinks he knows something doesn’t yet know in the way he ought to know, However, if someone loves God, God knows him.

I Corinthians 8:9. However watch out that your mastery of the situation does not become a stumbling block to the weak. 10. You have this knowledge; but suppose someone with a weak conscience sees you sitting, eating a meal in the temple of an idol. Won’t he be built up wrongly to eat this food which has been sacrificed to idols?

11. Thus by your knowledge this weak person is destroyed, this brother from whom the Messiah died; and so, when you sin against the brothers by wounding their conscience when it is weak, you are sinning against Messiah! 13. To sum it up, if food will be a snare for my brother, I will never eat meat again, lest I cause my brother to sin.

Every time I read Corinthians 8, I think of the two churches in Revelation: Pergamos and Thyatira and how these two churches receive a note of condemnation from Yeshua concerning food sacrificed to idols.

First we will see what Yeshua tells the church of Pergamos, chapter 2:14, But I have a few things against you, because you have there those who hold the doctrine of Balaam, who taught Balak to put a stumbling block before the children of Israel, to eat things sacrificed to idols, and to commit to sexual immorality.

The next one is Thyatira 2:20, Nevertheless I have a few things against you, because you allow that woman Jezebel, who calls herself a prophetess, to teach and seduce My servants to commit sexual immorality and eat things sacrificed to idols.

Both of these churches are instructed by Yeshua to repent of this, and what can one say about Acts 15 where James, the half-brother of Yeshua, instructs the Gentiles to refrain from fornication, things strangled, blood and to abstain from things polluted by idols, and his final note was for the Gentiles to attend synagogue every Sabbath so they could learn how to practice righteousness. Verses 20 and 21.

What accompanies eating things sacrificed to idols in these 3 cases is the servants of God fornicating. It suggests that eating meals at these pagan temples is also an invitation to have intercourse with the sex slaves connected to the Temple. James, also knew this and issued the Gentiles to abstain from eating foods sacrificed to idols and fornicating; because these are closely connected from the time of antiquity when Balaam of Beor instructed Balak in the book of Numbers for him to invite the elders of Israel to dinner and after dinner to be intimate with the Midianite women. Who was this Balaam of Beor? Yeshua mentioned him in Revelation 2. He was a direct descendant of Laban, Jacob’s father-in-law, the father of Leah and Rachel. Laban was an idol worshiper. Remember when they fled from Laban, Rachel took his idols? Laban was from the lineage of Nahor, the brother of Abraham. Laban was a diviner, and his descendant Balaam was a diviner as well. He had learned to be sensitive to the spirit world.

According to Numbers chapters 22 to 25, Balaam had advised the Moabites and the Midianites to invite the Israelites to eat with them. The Israelites would eat and bow down to their gods, and fornicate with the women. Numbers 25, their harlotry angered God and 24,000 Israelites perished in a plague as a result of this (verse 9). Numbers 25:4 also gives us some information on what had happened to a few of the leaders involved in idolatry; Moses commanded all the leaders of Israel be hanged before the Lord, out in the sun, that the fierce anger of the Lord may turn away from Israel. Paul mentions this incident in I Corinthians 10.

It is sort of a struggle to sort of interpret where exactly Paul is going with some of the things he says here because what he says can be easily misinterpreted. What he is not doing is agreeing with a particular group who are abusing some of their supposed liberty they think they now possess.

1. Now about food sacrificed to idols: we know that, as you say; “We all have knowledge.” Paul agrees: Yes, that is so, but “knowledge” puffs a person up with pride; whereas love builds up. The knowledge they are speaking of is general knowledge to everyone there in the Messianic synagogue. However, this general knowledge is going to be exploited by the liberals as a legal loophole, a legal means to indulge themselves in pagan temple worship. These more liberal do not fear to compromise themselves. They have the Golden Calf in their midst and resistance is futile. They must attend the house of idolatry and they will twist the Word of God to agree with them.

Yes, that is so, but “knowledge” puffs a person up with pride; whereas love builds up. The liberals in this setting are puffed up about this loophole. They are proud they have found it and promote it amongst themselves, but Paul reminds them that love builds up. What does it mean love builds up? Love builds up to holiness, not regression, not debasement, not degradation; love takes you to a higher place, a higher level spiritually in the Lord. Love moves us toward those things of God where there is no vice.

At these pagan temple dining halls, the attendees would recline to eat the meat offered to idols. There in this environment are the cultic sex slaves who would play music, recite literature or some epic tale. They would continually pour kegs of wine into the participants cups, and also be available for other extracurricular activities, if you get my gist. How could one edify the Lord in this sort of atmosphere? Where is the holiness in this to further degrade the women who were taken against their will to be marketed as sex slaves. How does this edify the assembly that should be examples of condemnation of idolatry? How does this edify the message of God?

Paul digresses in Chapter 9 of Corinthians

And Paul even mentions these examples in Chapter 10:1

For, brothers, I don’t want you to miss the significance of what happened to our fathers. All of them were guided by the pillar of cloud, and they all passed through the sea, and in connection with the cloud and with the sea they immersed themselves unto Moshe, also they all ate the same food from the Spirit, 4. and they all drank the same drink from the Spirit—for they drank from a Spirit-sent Rock which followed them, and that was Messiah. Yet with the majority of them God was not pleased, so their bodies were strewn across the desert.

6. Now these things took place as prefigurative historical events, warning us not to set our hearts on evil things as they did. Don’t be idolaters, as some of them were—as the Tanach puts it, “The people sat down to eat and drink, then got up to indulge in revelry (play, euphemism for fornication).” Exodus 32:6

Now Paul records there were instead 23,000 in Numbers it said 24,000 had died in the wilderness because of idolatry. Numbers (chapters 22-25:4)said 24,000 had perished so there is a difference of a 1,000 between these two stories. Paul is only counting the 23,000 that perished because of the plague. He did not count the 1000 leaders that were hanged before the Lord.

11. These things happened to them as prefigurative historical events, and they were written down as a warning to us who are living in the latter days (acharit-hayamim). (Paul issues a stern warning) Therefore, let anyone who thinks he is standing up be careful not to fall!

So, the knowledge that this certain group is claiming to possess, they have to be careful with it because it may contribute to their downfall. Their so-called liberty, the familiarity with the whole atmosphere of idolatry, may cause them to stumble. Stumble into serving the false idol, stumble into sexual addictions, fornication and adultery, stumble into sorcery; and like the Israelites in the wilderness who did these things died, so these Corinthians will die also.

He reiterates I Corinthians 10:14

If it is God’s will, I will be here next week. Remember to walk by faith, not by sight. Ask God to cleanse you of all unrighteousness every day, repent for the kingdom of heaven is at hand. Keep your spiritual garments clean from spots, wrinkles and blemishes. Do two things this week: love and forgive.